…or “Everything is easy in hindsight”

When I got invited by Riccardo to participate to TEDx Pompeii last year (2015) I was thrilled and worried: what a great stage… but will I live up to it?

I had done plenty of talks but this was kind of different, it was TED. During the past five years I had watched countless TED talks and had tried to absorb as much knowledge.

from the speakers and their stories. Still to date the ones I remember most vividly are Daniel Pink’s, Simon Sinek’s and one of the many Sir Ken Robinson’s talks. Absolutely brilliant.

I like to think they are just naturals even though I know there is plenty of preparation and experience and hard lessons they learned to get to that stage in that form.

I really didn’t feel like I could play in the same league but, heck it, I was determined to do my best up there.

I started preparing months in advance, thinking what to say, writing the script, preparing the slides. I recorded myself dozens of times and watched me moving my hands, correcting this or that word, removing the “uum”s and the “so”s.

I took a flight to Italy, rented a car and traveled there with my wife and kids. It was June 2015, one of the hottest on record (at least so far) in one of the hottest countries of Europe. I was sweating even while brushing my teeth. 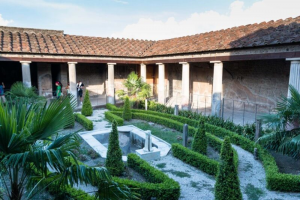 We went in the ancient Pompeii, watched the ruins and listened to the stories that the superintendent of the renovation works was telling. Then we entered the theater and it was a blast. And the theater was still empty, it was the rehearsal…

Before me others took the stage (particularly fascinating Alberto Angela that talks about the story of Pompeii) and in the backstage the adrenaline started to build up.

Then it was my turn and nothing mattered anymore, I was on a TED stage and the game was on.

After 8 months the video was edited and put on YouTube just yesterday.

I watched the performance for the first time after those 8 months, I didn’t have the guts to see myself on a stage and gosh if I was nervous. But it didn’t go as bad as I thought at least.

Few minutes before I had to go on stage some rain drops started falling down over the speaker before me.

After 55 seconds the monitors in front of me had a blackout, I couldn’t see anymore the screens and I thought all the slides were not showing anymore behind me either (you can see my face and me checking the screen behind). “Oh well, I am going blindfold now…” I thought. But at least the screen behind was still alive and kicking, the only issue is that I had no idea what was projected behind me.

But after that it was all downhill. 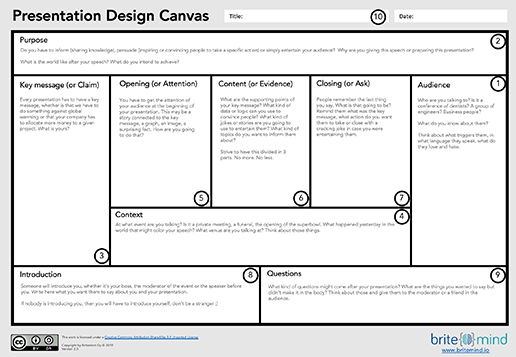 Yay! The Canvas is on its way, check your email 😉

Being on the TEDx stage was a great experience and it has taught me a lot, even though it was only 8 minutes long it really changed the way how I see many things and certainly the way I am on stage.

A little note on how the things went after

The event was only 8 months ago but in the history of Jolla it looks like it was 100 months ago.

In June 2015 the product we were working on (the Jolla Tablet) was almost ready and we were about to prepare for shipping it to our Indiegogo backers.

Eight months later the company has gone through a major financial crisis and we never managed to send the Tablets except for few hundred pieces and are now working on collecting the debris.

Things didn’t go as planned and righteously most of our backers have been disappointed about us.

Still I believe that the community is and has been a fundamental part of the story of Jolla and without it we would have never managed to get anywhere. And that will never change, there couldn’t have been a Jolla without the Jolla Community.

Next: Four things I learned as a coach →